Festive Tidings to you, one and all!

2020 has been a tough year for everyone, and one that has tested the very technology on which we rely, and the software we build. Norfolk Developers has weathered the pandemic with the mantra:

Our Virtual Social Club has been a bastion for some, and a significant chunk of my life since March. On behalf of the committee and myself I’d like to say a massive thank you to all those who have contributed to the community throughout 2020. The Virtual Social Club will continue throughout December including a Christmas and New Years Day special hosted by Dom Davis. All are welcome.

We’ve also run a huge number of virtual tech events this year on subjects ranging from Testing to Git, Data Science to Policing, and more. We’ve learned a tonne about streaming and virtual events and the remote aspect of the audience means Norfolk Developers has gone truly global with attendees from around the world.

On top of this we’ve introduced our regular Lean Coffee discussions, and the Wednesday Streams, where our members build something live on YouTube every month. We’ve already seen projects in Laravel, Blitz.js and Statamic, and in January we’re continuing with GoLang. 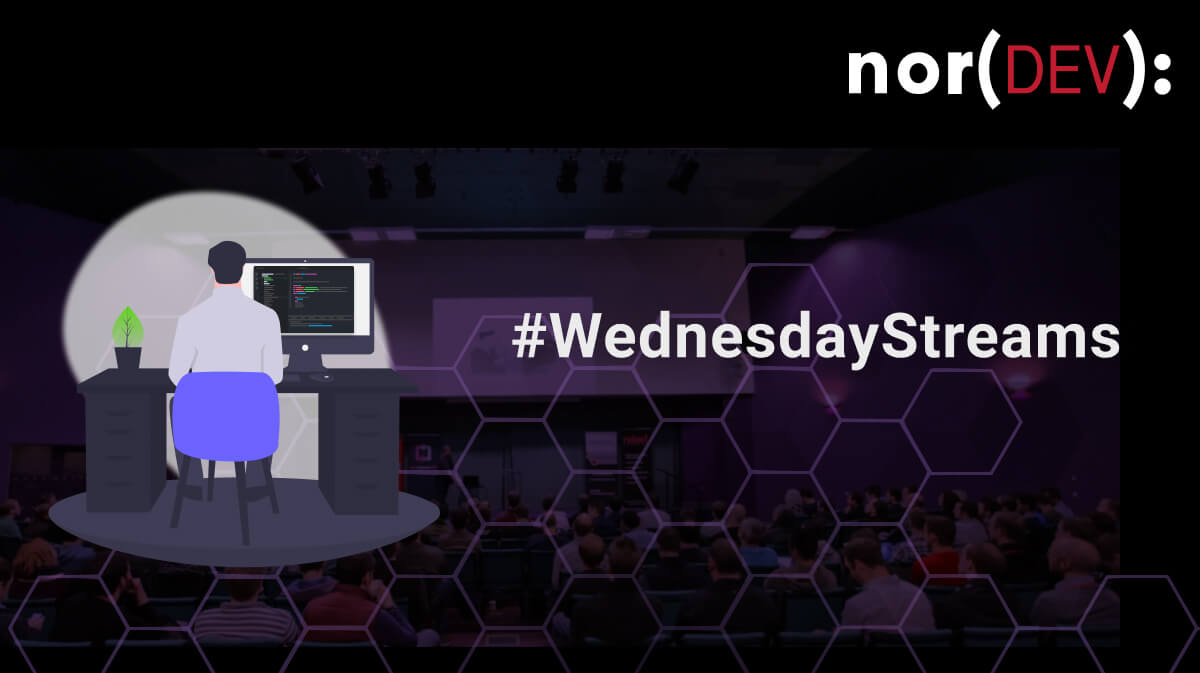 All this has been backed by our Discord server which opened its doors in February as a place for NorDevCon attendees to chat, and for staff to relay messages. When the Lockdown was announced in March we saw messaging increase substantially and we knew it was going to be a valuable resource, but who knew it would be so bustling with conversation over a wide range of topics, both tech and non-tech.

As for NorDevCon, wow, what an experience! For Shaun and I it was truly a baptism of fire having taken over from Paul in October. Thank you to the Speakers from across the UK and globe, who joined us to share their wisdom, exploits and stories. And thank you to the community for attending and your understanding at the lack of refreshments 😃. And to our sponsors as well ❤️, without whom Norfolk Developers wouldn’t exist!

Of course, it wouldn’t be 2020 without bad news. In August we made the sad decision to cancel NorDevCon 2021. Not only was this a blow to the community, but it was a massive blow to our finances. The conference is the sole source of income for Norfolk Developers and it is how we fund events and expenses throughout the year. The future of Norfolk Developers was looking bleak.

Thankfully the community stepped up.

They requested we open a Patreon page and their support so far has been staggering! We now have 16 Patrons, without whom NorDev would’ve likely been forced into closure. Our heartfelt thanks to each and every one of you.

The User Story also stepped up and became our first Corporate Sponsor. They got our finances out of the red and, along with our Patrons, will help keep the lights on this winter.

We decided everyone deserves a rest in December (the Zoom fatigue is real!) and our last event of the year was a relaxed exploration of The Webb Telescope. It was incredible, well worth a catchup on YouTube if you missed it! We’re still about though, so head on over to Discord if you want a chat, or join Dom on the Social Club!

Who knows what 2021 has to bring, but the NorDev calendar is already filling up. We’ll be back again with a vengeance in January, but until then stay safe, and be physically distant, not socially distant.

TL;DR: What a year! Thank you! Really, we mean it. I look forward to seeing what you all create in 2021 and seeing you all at our first event next year.